Comedian and PR Vix Leyton of one of our 2019 Funny Women Awards sponsor Carwow talked to us about how she got into performing stand up, how comedy helps her everyday work life and working in a male-dominated industry…

Funny Women: You work in PR, but you also do stand up how did you find yourself getting involved in the world of comedy?

Vix Leyton: I have been a huge fan of comedy since I was a teenager – I watched Eddie Izzard’s stand up DVDs as many times as I listened to my favourite albums and can do some of their stuff verbatim. This is a dubious skill that I tried to demonstrate when I finally got to meet them a few years ago when I, dogged and unsolicited, rattled through Deathstar Canteen TERRIBLY out of nerves and shyness. Eddie was unbelievably patient about it, but I still revisit it regularly before I go to sleep at night.

How I actually got into doing it, that was a bit more of an accident. I was phobic of public speaking (I blogged about it here) and did the Stand Up To Stand Out workshop to try to break myself out of it so I could join active service as a woman corporate speaker rather than be a coward who moaned about it while expecting someone else to balance the books for me. I found my way on to the circuit through a series of serendipitous events – after my course I was enlisted to learn stand up in 26.2 hours for charity by Mark Watson for his Comedy Marathon show and found wanting to go on the famous stage at the Pleasance with one of my favourite comedians overrode my fear of opening my mouth for an audience. A lot of those involved in the Alternative Comedy Memorial Society were at that show which led to me being invited by lovely, talented Thom Tuck to do my first ever legit, actual five-minute slot at ACMS at The Phoenix. It was an absolute dream first show to do, I could not believe I was on a line up like it for my first go and the audience was incredibly kind. From there I got the bug, and started actively looking for open mic gigs to do, getting a lot of them via The Comedy Collective group on Facebook. I have racked up 45 shows so far and know there is still an incredibly long way to go. It’s been hard in places but in the seven months I have balanced it with a fairly full on full time job, I have never wanted to give up.

FW: How did you find our Stand up to Stand out workshop?

VL: It really reframed how I thought of speaking situations, highlighting some bad habits I didn’t realise I had and making everything feel really simple, fairly revolutionary on a personal level for a few hours work. It also introduced me to some amazing people who I am still in touch with that formed my first fledgling comedy network. I have had Jen Smith, Alexis Coward and Traci Kashi from my class performing at my unbelievably new comedy night already and they all brought the house down. I wish I had done it sooner. With that in mind you can really see how Funny Women is actively contributing to the industry.

FW: You are head of PR at Carwow, one of our sponsors for the 2019 Funny Women Awards. At Funny Women we believe the secrets of stand up can be used in all kinds of everyday situations, do you find this to be true in your work life?

VL: Absolutely. There is no situation that having the confidence to use your voice won’t improve and knowing how to present and structure what you have to say helps whether you are in a show or a pay review. Comedy is, among other things, an extreme crash course in building instant rapport and knowing how to read a room. And, worst-case scenario, it is an immediate conversation starter if you run out of common ground; everyone has an opinion on public speaking and comedy and I have found it an unbelievably useful ice breaker at events I have attended where I didn’t know anyone, even if it does inevitably end up with me turning into a wild-armed evangelist to anyone who expresses the smallest interest in doing it themselves (‘You must! Do this course! Come and perform on my night!’).

FW: The automotive industry, like comedy, is traditionally seen as quite masculine. How do you think we can change these perceptions?

FW: I have been incredibly lucky to be part of a business that wants to actively promote equal opportunities and Carwow sponsoring Funny Women is just one of the ways they are doing that. There is work being done on an industry level but everyone has to commit and work together to make a big impact and try to at the very least change the corner of the world they inhabit. My action was getting over my fear and not just accepting speaking opportunities I have been offered but also now starting to pursue them, as well as encouraging others to give it a go. I think corporates looking for ways to do more to support this should invest in more non-traditional courses like stand up skills for all staff to make sure as many people as possible are equipped to speak up when they want to, it is a useful skill set for everyone.

FW: Who are your favourite funny women?

VL: From the old school, Victoria Wood – the way she could take the mundane realities of life and make them hilarious was a huge gift and she was a big loss to the world.

Jen Brister is one of my favourite comics, not just among women but in general – I first encountered her through her brilliant columns for Standard Issue on being ‘the other mother’ which I am thrilled is now a book, then I saw her at a panel where she was so quick and funny that I made sure to see her live and was fully converted. I have been hugely lucky with how supportive established women in comedy have been to me since starting out and she’s given me some absolutely brilliant advice.

Sarah Keyworth I really like her style and recently she delivered an absolute master class in dealing with a heckler at a show I was at with kindness, good humour and without once breaking the vibe of the room. It’s intimidating to see other performers make it look so effortless but fairly inspiring as well, definitely makes you want to up your game.

Suzi Ruffell makes me honk like a goose laughing and I love what Bec Hill’s doing – her Edinburgh show was something completely different to anything else I saw while I was up there, and it was wonderful.

In terms of those breaking through, I think Leslie Ewing-Burgesse is fabulous – she gets a lot from the audience in willing participation, is not afraid to be obscure  and it makes her act totally unique.

Helena Langdon was all over the awards circuit this year and I am a huge fan.

Also Kathryn Higgins has got something really special, you are equally cursed and blessed at open mic to see the same people over and over again and I am always excited when she is on the bill so if she see her on a line up then I would recommend trying to catch her.

Vix will be hosting her semi-regular night Live at Limehouse on 20th November with Bex Hill and Fiona Allen. For more information click here! 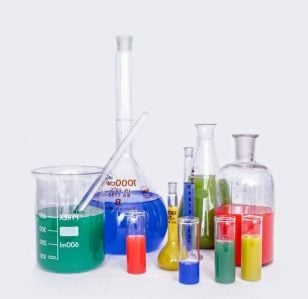 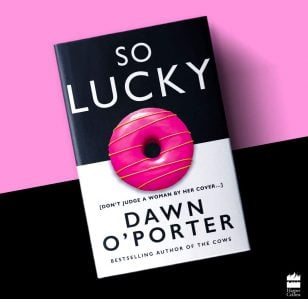