Animals tells the story of two friends, Laura and Tyler, who live life hedonistically and with apparently no worries. Drinking, partying and (maybe) pursuing their creative fulfilment are their only goals. 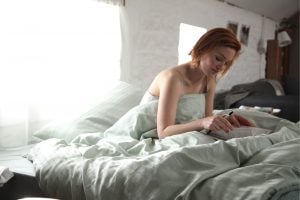 Things start to change with the approach of the dreaded thirties and the arrival of new people to their lives, who threaten their relationship and way of life.

In telling the story, the movie is sprinkled with hilarious moments from their life of debauchery which makes the heavy theme of ageing, the decisions we have to make along the way and the things we end up losing, a little more of an easy pill to swallow.

As someone in a creative field, I struggle every day to know if I’m making the right choices, or following a whim and an imaginary life I won’t ever be able to achieve, as both getting your work out and getting recognition for it are usually slow and painful processes. I think many if not most people in creative fields will identify with this statement and Animals sure tells a very relatable story for those of us.

Holliday Grainger and Alia Shawkat, do a great job carrying the story forward and giving life to these, at times, greater than life characters.

Animals will be released in UK cinemas on 2nd August.

Mariana is an international comedian, writer and photographer. She co-produces queer, female and immigrant comedy nights all across London. Her work has appeared at the Guardian, the BBC, the East End Film Festival, the Upright Citizens Brigade Theatre in New York and more. She is Funny Women’s Website and Social Media Manager. Follow on twitter 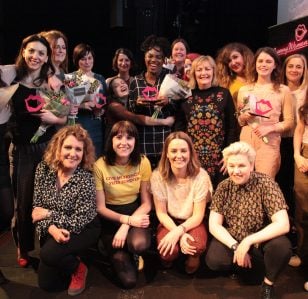