If you think science and comedy don’t mix then allow comedian, writer and director Eline van der Velden to disabuse you of this with her new BBC Three series Crazy Science. In this new short-form series Eline van der Velden breaks down the science behind a multitude of crazy claims! Funny Women editor Kate Stone talked to Eline about her show, her qualifications and that weird kiss video…

Eline van der Velden: Crazy Science is about bringing the funny side to science. We explore the mind-blowing science behind everyday things, like why gaming could be good for you, how crying can make you feel better, why swearing can boost your performance and how you can die of a broken heart.

I went to drama school for four years and studied physics at university, so after doing mostly comedy series and sketches on BBC Three, I thought it was time to add some science into the mix!

KS: Yes, you’re well qualified for this series, with qualifications in drama AND a masters degree in Nuclear Physics, did you imagine you’d be using both degrees in your career?

EvdV: I never thought I would! To fund my comedy projects (filming sketches is expensive!), I used to be a maths and physics tutor – but that was about it. However, over the years, I’ve become more and more passionate about education and getting more girls into science. Science isn’t boring – or at least not when I’m doing it.

Studying science can give women a lot of confidence in today’s world. Although even with a physics degree, I still get northbound and southbound trains confused…

KS: Your comedy often seems to involve social experiments and the general public, do you like taking risks in comedy?

EvdV: I get a massive adrenaline rush from doing social experiments. I love messing with the public, especially as an outrageous character like Miss Holland (BBC Three series on iPlayer) where I essentially go around pretending to be a Dutch beauty queen who’s trying to figure out what makes Britain great.

The psychology of pretending to be something you’re not is fascinating. We pushed that concept with my BBC Three series, Putting It Out There, by basically going around doing odd things to test the public’s reactions.

My favourite episode was when I wore a hi-vis jacket which meant everyone blindly take instructions from me, just because of the jacket! This is related to the famous Milgram experiments which tested obedience in humans. They found that we have a strong reaction to uniforms and we sometimes assume authority from people just because they’re wearing one.

KS: You’re known as an online comedian, do you think there’s a difference between online comedy and live comedy?

EvdV: I used to absolutely love being on stage. The reason I switched to mainly making online content is because I realised the power of the internet. People are still watching videos I made six years ago, like the weird kiss video. They’re being re-purposed on BBC Three which is amazing.

You can also reach a much larger audience – I would never have been able to get the Walk of Shame video viewed 2.8 million times on stage or have 14 million people watch the Gender Bias Riddle if it weren’t for online channels!

One day, I’d love to return to being on stage though! I suppose I try and recreate that stage thrill by messing with the public in my videos.

KS: We also know you as your alter-ego Miss Holland, will she be coming back any time soon?

EvdV: I’ve actually just made a Miss Holland video where she visits the European Parliament, which will be released soon on my Facebook and Instagram. I’m writing a new series for Miss Holland to (hopefully) return!

KS: Great! And lastly, who are your favourite funny women?

EvdV: What’s wonderful is to see the group of women I worked with back in 2014, London Hughes, Emily Hartridge and Mae Martin, all do incredibly well this year. I’m so proud and can’t wait to watch their dream projects come true this year!

My all-time favourites are Lucille Ball, Cameron Diaz and Reese Witherspoon. I love a good romantic comedy – that’s the dream!

Kate Stone is the editor of Funny Women and an award-winning script writer. She has written comedy sketches for the BBC's 100 Women project and created the Funny Women Awards Comedy Shorts category. Follow on twitter 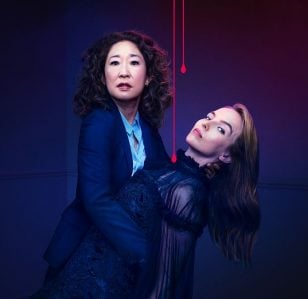