If 2015 Funny Women Awards finalist Jane Postlethwaite’s portrayal of Cumbria is in any way accurate then Cumbria is a very dark and weird place full of misfits and, uh, birds of prey. Let’s just hope much of the content in Made in Cumbria is the result of Jane’s rich imagination.

To do a one woman character show is no easy feat and you need a good concept to pull it off. Fortunately Jane has this, taking her audience on a coach tour of Cumbria (avoiding Yorkshire at all costs) where they meet various Cumbrian characters. There’s our tour guide and survival expert Karroll Karabiner Kavannagh, my favourite the jumpy, lonely falconer Kirsty Bird, Joy Hope the children’s author, Stella Nova the first northern woman in space and Mary Facade who does mask work. If like me you’re unnerved by masks (also clowns, I’m scared of clowns) then Mary’s character might be somewhat unsettling, but there’s something strangely loveable about her.

The tour becomes increasingly chaotic, featuring near death experiences, space travel, children’s books and Kendal mint cake. I’d like to see some of the characters interact (using a recording and good timing skills I suppose) or have someone else to bounce off as they seem to have so many layers to them – Jane clearly knows each of her characters inside out. Either way I definitely want to see these Cumbrians again!

Jane Postlethwaite Made in Cumbria is at Sweet at Grassmarket until 28th August (not 24th). For more information and tickets click here!

Kate Stone is the editor of Funny Women and an award-winning script writer. She has written comedy sketches for the BBC's 100 Women project and created the Funny Women Awards Comedy Shorts category. Follow on twitter 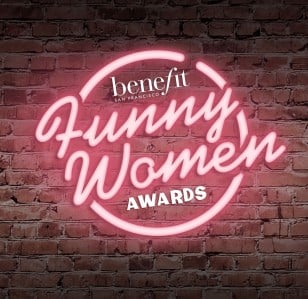