We fell in love with Sharon Horgan and Rob Delaney’s Channel 4 comedy Catastrophe when it first aired back in January 2015. Back then Sharon and Rob’s characters were learning to live, and maybe even love together after a brief fling resulted in Sharon’s pregnancy.

Now the turbulent lovers are back with a tiny addition to their haphazard unit. Of course, this means a visit from Sharon’s mother-in-law, played brilliantly by Carrie Fisher. We got a sneak peek at the new series.

We loved the brutal honesty of the writing. The mixture of crudity and wit is delicious and Sharon and Rob have really upped their game, sharing every heartache, smile and bowel movement.

The new series of Catastrophe really identifies the trials and tribulations of being a new parent with all the dribbling and unexpected excretion. And that’s just Sharon and Rob.

It’s the bravest programme on television, highlighting that life isn’t perfect and everyone, no matter what their age, is full of shit! Fact.

The second series of Catastrophe begins on Channel 4 on Tuesday 27th October. 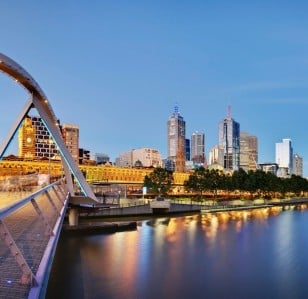